Stay at these 4 fancy hotels on your European tour

A holiday is not just about doing the touristy things of each place you visit but more than that, it is about making yourself happy. This can mainly be done by enjoying some self-indulgence once in a while. The criteria of selecting any locality to live in is decided by the kind of hotels it offers. Especially on a European tour, it goes without saying that you expect something fancy along with excessive comfort. Keeping such needs in mind, we have penned down a list of the four fanciest hotels you must stay at on your European tour.

Luxury in the most romantic way is all what Plaza Athenee is about. It is situated in Haute Couture, Montaigne, Paris. Established in 1913 it is considered to be one of the best hotel in Paris. It offers 154 rooms and 54 suites which comprises of bespoke linen, Italian marble bathrooms, antique furnishings, elegant sitting areas and a pillow menu for uncompromising comfort. Le Bar du Plaza Athenee is a beautiful bar with three DJ nights per week on Thursday, Friday and Saturday. Besides this they have five restaurants each having its own beauty. Hotel also provides for a spa center which provides different spa treatments according to individual’s wants and after a complete check up for its maximum effect. Hotel Plaza Athenee is the perfect place is you are ready to shell out generously to enjoy this city of love in a royal way.

The Beaumont is the first hotel from Corbin and King. The Beaumont is located on garden square, Mayfair square. It consists of 73 rooms of which 23 are studios and suits. Its design is inspired by the Art Deco hotels of 1920s. The fame wall of Beaumont consists of, It was placed on the Condé Nast Traveler (UK) Hot List, on Condé Nast Traveler USA, one of the hottest hotel openings in London in 2014" according to Forbes life and last but not the least named UK Independent Hotel of the Year 2017 in the Catey Awards. The Beaumont is the complete package of beauty, elegance and the old world luxury.

Four seasons the tag itself is famous for its wonderful chain of hotels all over the world. Four seasons Hotel Gresham Palace Budapest is located at the end of the Chain Bridge with the beautiful view of Danube and the hills of Buda. The original Gresham Palace was built in 1906 which was acquired by four seasons in 1998 and was restored in a modern way in 2004 with the help of visionary designer Miklós Szentkirályi and his team. The Hotel is well known for its, two million-piece mosaic tile floor, a grand, sweeping staircase, stained-glass floors, and a wrought iron elevator that have each been lovingly restored or replicated when preservation wasn’t possible.

Guests are served with unique Herend Afternoon Tea daily from 3:00 pm to 6:00 pm in the hotel lobby with live piano. The Gresham tea is a tea blend made in collaboration with Tealeaves which is a medium-bodied Ceylon black tea blended with apricot and delicate pear flavor with a hint of golden flower petals. KOLLÁZS Brasserie & Bar is a contemporary European brasserie which serves best Hungarian wine and food. This hotel is a well adopted combination of history and authentic Hungarian luxury.

Palazzo Avino, Ravello is situated in the medieval hilltop village of Ravello, on a high cliff of 350 m(1,000 ft) above the Mediterranean on Italy's famed Amalfi coast. It was built in 12th century as a private villa for an Italian noble family which was turned into a hotel in 1997. It has 33 rooms and 10 suites which are decorated with hand-made Vietri tiles, antique carpets, furniture from the 18th and 19th centuries and brass accessories and appliances. Palazzo Avino is considered as one of the world’s finest hotels and boasts one-star Michelin dining. It also offers a spa and solarium with two whirlpools. The clubhouse is located in the small town of Marmorata, just a 15 minute drive from Ravello which offers a small swimming pool, the casual Clubhouse Restaurant, changing rooms and relaxing living rooms. Palazzo Avino is a five-star deluxe hotel overlooking some of the coast's most picturesque fishing villages.
at October 17, 2017

5 Romantic Places to Visit on your Honeymoon Trip

After countless nights of wedding planning, meeting guests, engaging with relatives, and sitting through painstaking wedding rituals and ... 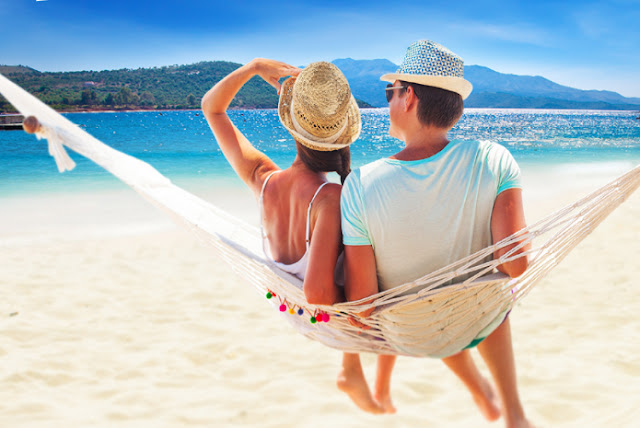 Pooja Joshi
Pooja Joshi is a tour & travel lover, with extensive experience managing Indian & International tours. When not at work, she likes to share her experiences and useful information on travel.